Cognos Therapeutics announced it has finalized a definitive agreement with Nocturne Acquisition Corporation to take the company public on the Nasdaq Stock Exchange.

The all-stock deal contemplates that Cognos’ stockholders will receive, in the aggregate, $120 million of Nocturne common stock (subject to certain adjustments), with each such Nocturne common share valued for the transaction at $10.30 in a deal which is expected to be completed in the second or third quarter of 2023. 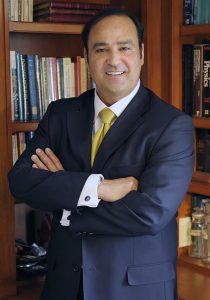 Cognos’ CEO Frank Addell states “With this agreement, Cognos will be able to have broad access to the capital markets. This will enable us to raise the capital to complete the next phases of our product development for the SINNAISTM Implantable Pump. This includes further product R&D and clinical testing as well as both our FDA and CMS regulatory review as we work to gain 510k and PMA approval for our technology.

Not only is this great news for our shareholders, but hopefully for the medical community and the patients it serves who will have a new and potentially much more effective treatment option for a devastating disease.”

The announcement was published today on several of the leading financial news services including Wall Street Online, Morningstar, AccesssWire, Yahoo Finance, and Market Screener, and has received significant attention. The announcement reads as follows:

Nocturne Acquisition Corporation (NASDAQ: MBTC, MBTCU, MBTCR) (“Nocturne“), a publicly-traded special purpose acquisition company, today announced the execution of a definitive business combination agreement with Cognos Therapeutics, Inc. (“Cognos”), a medical technology company focused on developing unique, radically advanced devices delivering drugs for the treatment of neurological diseases including brain and spinal cancers, neurodegenerative disorders (such as Alzheimer’s and Parkinson’s disease), epilepsy, and stroke. The all-stock deal contemplates that Cognos’ stockholders will receive, in the aggregate, $120 million of Nocturne common stock (subject to certain adjustments), with each such Nocturne common share valued for the transaction at $10.30. Certain outstanding options and warrants to acquire capital stock of Cognos would be assumed by Nocturne.

The SINNAISTM Implantable Smart Pump (“SINNAISTM“) is Cognos’ next-generation drug delivery system designed to deliver drugs to just the targeted tissue, bypassing the blood-brain barrier, or to other tissues with minimal off-target side effects. This capability is intended to make the modern, potent drugs developed by the pharmaceutical industry more effective with high concentrations at the targeted tissue and decreased concentrations systemically.

Cognos is also in the process of preliminary development of a skull-mounted optical sensor, an implantable shunt that enables the collection of clinically significant parameters from the disease target site and transmits such data to a cloud base infrastructure for analysis to further customize drug dose to patient disease progression and permit near real-time monitoring. Cognos’ management believes that this innovation will bridge the virtual divide between physician and patient, bringing personalized medicine and the virtual physician concept to reality.

Cognos has initiated plans to enter both the U.S. and EU markets following regulatory approval. The initial discussion has been held with the U.S. Food and Drug Administration (“FDA”) regarding the future Premarket Approval (“PMA”) Application for SINNAISTM indicated for infusion of Infumorph into the cerebral spinal fluid. This PMA would potentially utilize the Six-Year Rule under which a PMA application may leverage clinical data in an existing approval and new clinical data does not need to be developed. Going forward, the company also intends to develop and seek FDA approvals of the SINNAISTM pump for novel metronomic delivery approaches for other drug products in other clinical indications, including an intended initial indication of leptomeningeal carcinomatosis. These FDA approvals will likely require clinical studies. The plan in the EU is to obtain CE certification for a general claim for drug delivery.

“Patients suffering brain diseases today have very limited options to efficiently receive drugs,” said Frank Adell, Co-Founder and Chief Executive Officer of Cognos. “Physiological and anatomical properties of the blood-brain barrier make drug delivery to a targeted site in the brain a unique and difficult challenge. The pharma industry has developed effective and powerful drugs that could improve outcomes for brain cancer and other neurological diseases originating in the brain if they could just reach the targeted site with minimal exposure to off-target sites associated with significant side effects. We believe that Cognos’ SINNAISTM Implantable Smart Pump is the ideal solution to this need. We welcome Nocturne as a partner and look forward to our anticipated evolution to become a world-class public company that provides the best implantable drug delivery solutions.”

Henry Monzon, Chairman and Chief Executive Officer of Nocturne, added, “With over 15 years of research and development, Cognos has laid out a roadmap to deliver a novel targeted solution in the important field of brain cancer. Cognos’ SINNAISTM has the potential to become the world’s first implantable device for local and metronomic delivery of therapeutics for the treatment of neurological diseases. SINNAISTM will enable unprecedented, targeted delivery of chemotherapeutics for persistent glioma and other solid tumors. It will provide physicians with an effective alternative method to monitor and treat tumor-based brain cancer and other neurological diseases.”

The transaction has been unanimously approved by the respective boards of directors of Cognos and Nocturne and is subject to approval by the stockholders of Nocturne and Cognos and other customary closing conditions. The proposed business combination is expected to be completed in the second or third quarter of 2023.

This press release is provided for informational purposes only and has been prepared to assist interested parties in making their own evaluation with respect to a potential business combination (the “Proposed Business Combination”) between Cognos and Nocturne and related transactions and for no other purpose. No representations or warranties, express or implied are given in, or in respect of, this press release. To the fullest extent permitted by law under no circumstances will Cognos, Nocturne, or any of their respective subsidiaries, interest holders, affiliates, representatives, partners, directors, officers, employees, advisors, or agents be responsible or liable for any direct, indirect, or consequential loss or loss of profit arising from the use of this press release, its contents, its omissions, reliance on the information contained within it, or on opinions communicated in relation thereto or otherwise arising in connection therewith. Industry and market data used in this press release have been obtained from third-party industry publications and sources as well as from research reports prepared for other purposes. Neither Cognos nor Nocturne has independently verified the data obtained from these sources and cannot assure you of the data’s accuracy or completeness. This data is subject to change. In addition, this press release does not purport to be all-inclusive or to contain all the information that may be required to make a full analysis of Nocturne, Cognos, or the Proposed Business Combination. Viewers of this press release should each make their own evaluation of Nocturne and Cognos and of the relevance and adequacy of the information and should make such other investigations as they deem necessary.

In addition, this press release includes a summary set of risk factors that may have a material impact on Nocturne, Cognos, or the Proposed Business Combination. These are not intended to capture all the risks to which Nocturne, Cognos, or the Proposed Business Combination is subject or may be subject, and we encourage investors to review the risk factors set forth in the Registration Statement (as defined below) to be filed with the U.S. Securities and Exchange Commission (“SEC”) with respect to the Proposed Business Combination (as described further below). If any of these risks materialize or our assumptions prove incorrect, actual results could differ materially from the results implied by these forward-looking statements. There may be additional risks that neither Nocturne nor Cognos presently knows or that Nocturne and Cognos currently believe are immaterial that could also cause actual results to differ materially from those contained in the forward-looking statements. Factors that may cause such differences include but are not limited to: (1) the occurrence of any event, change or other circumstance that could give rise to the termination of the agreement governing the Proposed Business Combination (the “Merger Agreement”); (2) the inability to complete the Proposed Business Combination, including due to the failure to obtain approval of the stockholders of Nocturne or Cognos or other conditions to closing in the Merger Agreement; (3) the inability to obtain or maintain the listing of Nocturne’s common stock on Nasdaq following the Proposed Business Combination; (4) the inability to recognize the anticipated benefits of the Proposed Business Combination; (5) changes in applicable laws or regulations; (6) the possibility that Nocturne or Cognos may be adversely affected by other economic or business factors; and (7) the impact of the global COVID-19 pandemic on any of the foregoing risks and other risks and uncertainties to be identified in the Registration Statement, including those under “Risk Factors” therein, and in other filings with the SEC made by Nocturne. In addition, certain statements made herein contain “forward-looking statements” within the meaning of the “safe harbor” provisions of the Private Securities Litigation Reform Act of 1995, as amended, reflecting Nocturne’s and Cognos’ expectations, plans, or forecasts of future events and views as of the date of this press release. Nocturne and Cognos anticipate that subsequent events and developments will cause Nocturne’s and Cognos’ assessments to change. However, while Nocturne and Cognos may elect to update these forward-looking statements at some point in the future, Nocturne and Cognos specifically disclaim any obligation to do so. These forward-looking statements, which may include, without limitation, words such as “expect,” “estimate,” “project,” “budget,” “forecast,” “anticipate,” “intend,” “plan,” “may,” “will”, “could,” “should,” “believes,” “predicts,” “potential,” “might”, “continues,” and similar expressions, involve significant risks and uncertainties (most of which factors are outside of the control of Nocturne or Cognos). Accordingly, undue reliance should not be placed upon the forward-looking statements, and they should not be relied upon as representing Nocturne’s and Cognos’ assessments as of any date subsequent to the date of this press release.

Participants in the Solicitation

This press release is not a proxy statement or solicitation of a proxy, consent, or authorization with respect to any securities or in respect of the proposed business combination and shall not constitute an offer to sell or a solicitation of an offer to buy any securities nor shall there be any sale of securities in any state or jurisdiction in which such offer, solicitation, or sale would be unlawful prior to registration or qualification under the securities laws of any such state or jurisdiction. No offer of securities shall be made except by means of a prospectus meeting the requirements of the Securities Act of 1933, as amended.