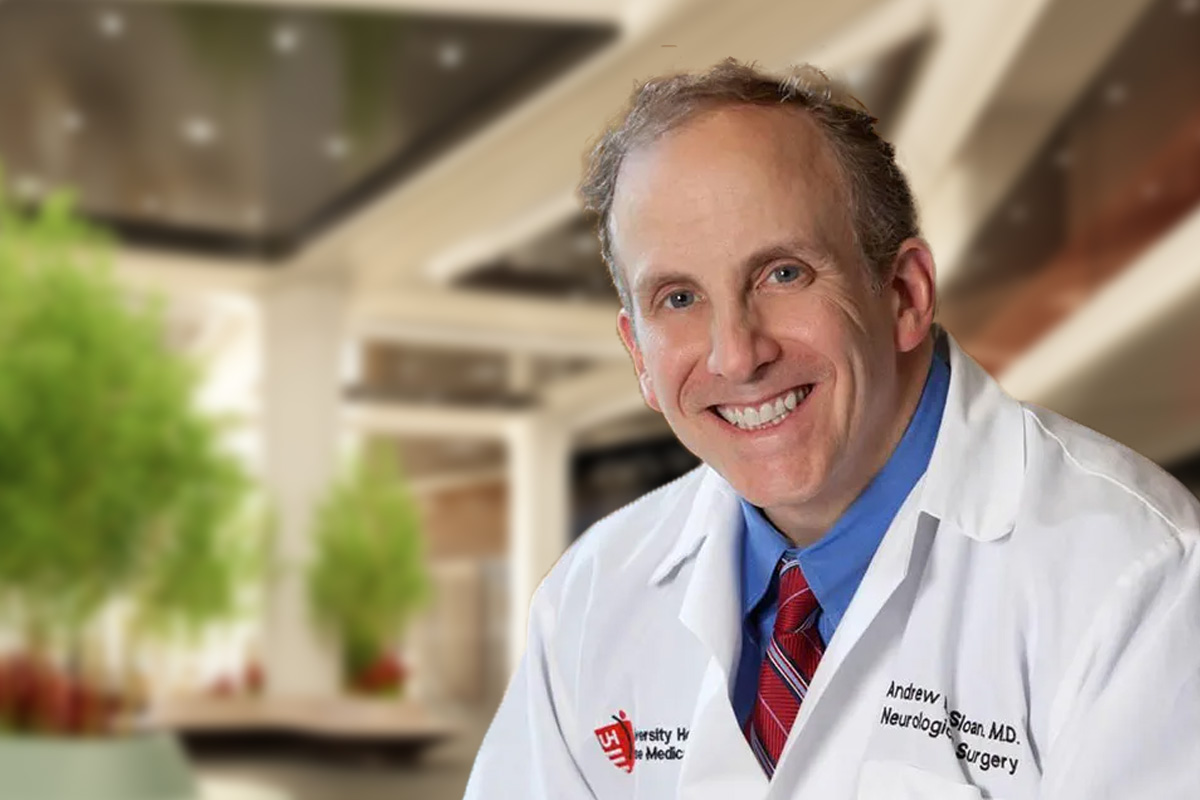 Dr. Sloan is an award-winning and respected leader in the field of Neurosurgery with deep experience in the pathology and treatment of gliomas and other brain cancers. He currently serves as the Director for the Brain Tumor and Neuro-Oncology Center at University Hospital at the Cleveland Medical Center as well as being the Vice Chairman for the Department of Neurological Surgery at the Center. In addition, Dr. Sloan is a Professor of Neurosurgery at the Case Western Research University School of Medicine (CWRU). Prior to CWRU, Dr. Sloan held positions at many of the nation’s top hospitals for Neuro-Oncology including the University of South Florida H. Lee Moffitt Cancer Center and Research Institute and the Moffitt Cancer Center & Research Institute both in Tampa, Florida, the Grace/Sinai Hospital and the Children’s Hospital of Michigan, Wayne State University and the Karmanos Cancer Institute, all in Detroit, Michigan.

Dr. Sloan received his graduate degree in Biology from Yale and his medical degree from Harvard followed by fourteen years of postgraduate study at prestigious institutions such as UCLA’s School of Medicine and the MD Anderson Cancer Center. He is certified by both the National Board of Medical Examiners and the American Board of Neurologic Surgery. His clinical and research interests focus on the biology and treatment of tumors of the brain and spine.

Dr. Sloan has authored more than 135 publications in peer-reviewed journals, as well as numerous editorials, reviews, and book chapters made more than 525 invited presentations and holds four patents and investigational new drug applications. He serves on the editorial board of several neurosurgical and scientific journals and is active in national surgical organizations, including the American Association of Neurological Surgery and the American College of Surgeons Oncology Group. He appears regularly on national news broadcasts as a brain cancer expert.